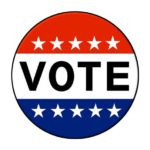 Any registered voter in Maryland may request and vote by absentee ballot.

To request an absentee ballot application from the Cecil County Board of Elections, call (410) 996-5310 or visit the office at the Cecil County Administration Building from 8:00 am to 4:30 pm.

Voters may also visit http://elections.state.md.us/voting/absentee.html to request an absentee ballot online, to print an application, or for more information.

If a voter misses the applicable deadline, the absentee ballot request must be made in person at the Cecil County Board of Elections.

What is the difference between an open and closed primary election?

An Open Primary is a primary election that does not require voters to be affiliated with a political party in order to vote for partisan candidates. In traditional open primaries, voters may select one party’s ballot and vote for that party’s nomination.

A Closed Primary is a primary election wherein voters choose candidates who are affiliated with the same political party to run in the general election. This system deters “cross-over” voting by members of other parties, which preserves a party’s freedom of association and ensuring that only members of the party influence who is nominated for that party.

Is Maryland a closed primary state?

Generally, Maryland has closed primary elections, therefore, voters must be affiliated with either the majority or minority political party to vote in the primary. However, if there are non-partisan offices that are included on a primary election ballot (i.e. school board), any voter can vote for these offices.

Do I have to affiliate with a political party? Can I vote in the primary election?

No, you do not have to affiliate with a specific party. If you choose to not select a political party on your voter registration application, you will be “unaffiliated” with any political party. Due to Maryland having closed primaries, unaffiliated voters will generally not be able to vote in party primary elections, but they will be able to vote in any nonpartisan primary election that is held in their jurisdiction (i.e. selecting nominees for the board of education).

May I change political parties?